Fishing novels are not just written for people who love fishing, these novels are especially for those who are missing out on this wonderful sport. Life on and around the sea and fishing is calm and beautiful, but there are many challenges that fishermen have to face – challenges that many of us have no idea about. We often value the fish on our dining table, without thinking about the life of people involved in bringing that fish to our table. If you are a fisherman or love fishing in your spare time, you would love reading about fishing novels. But even if you are not, the literature itself is compelling enough to develop your love for fishing and people who fish.

The Old Man and the Sea

The Old Man and the Sea is one of author Ernest Hemingway’s finest works written in 1952. The novel proves the writer’s literary expertise and paved the way for his winning the Nobel Prize for Literature in 1954.

The story revolves around an old Cuban fisherman Santiago and his constant struggle with his luck to get his hands on a giant marlin. It is also about his protégé – a young boy who has deep love and respect for Santiago. The book focuses on having courage in times of defeat. The novel is written with the utmost simplicity yet conviction. As the story moves on, you find yourself in the old man’s shoes – empathizing with him while eagerly hoping for the luck to go his way. 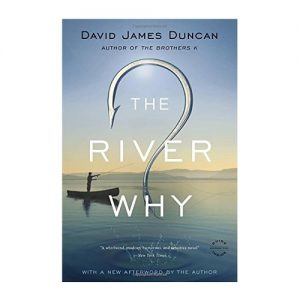 The River Why was first published in 1983 and has become a classic ever since. Written by David James Duncan, the novel is about self-exploration. It is about a young fly fisherman named Gus Orviston who heads out to find his own path, leaving behind his comically schizoid family. He finds a remote cabin and decided to take shelter in it. What starts as a physical journey of exploring the surroundings ends up in the form of a spiritual journey. The novel is anything but predictable – with its humorous plot and the connection to nature and one another, you will be forced to not put the novel down and read the novel until the very end.

Richard Brautigan’s Trout Fishing in America, The Pill Versus the Springhill Mine Disaster, and In Watermelon Sugar

This is a collection of three different novels shedding light on the decade of the 1960s to 1970s by author Richard Brautigan.

The first novel Trout Fishing in America is comical and melancholic at the same time, where each chapter brings in its own flavor. The second novel The Pill Versus the Springhill Mine is a poetic compilation of almost 100 poems. The third one In Watermelon Sugar is about the generation belonging to that era (the 1960s and 70s) that rejected violence and hatred and focused on death being a place that people traveled to in order to escape the negativities of life.

Daniel Wallace presents his beautiful novel Big Fish: A Novel of Mythic Proportions, which focuses on the life of Edward Bloom and how his son wanted to recreate his dad’s extraordinary life. Edward Bloom was one of a kind – he was loved by everyone including animals and humans. Women were impressed by him and he saved lives and handled every big hurdle with triumph. He was smart, never missed a single day of school, and knew more jokes than anyone on this planet – at least that is what he told his son William.

But when Edward Bloom was dying, his son William wanted to know more about his father and the reality behind his father’s extraordinariness. Before Edward’s death, William recreated his father’s life events in a series, that revealed the reality behind Wallace’s failures and successes. You will find this novel interesting, hilarious, and unforgettable. You can purchase its Kindle edition for $8.61, an audio CD for $32.99, hardcover for $19.90, and paperback for $11.99.

The Great Duck Misunderstanding and Other Stories: The Very Best of American Fishing & Hunting Humor 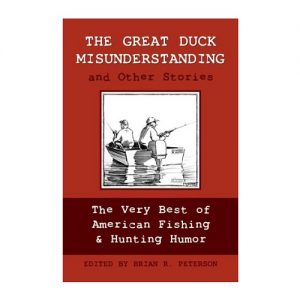 Compiled and edited by Brian R. Peterson, The Great Duck Misunderstanding and Other Stories is a treasure of the best fishing and hunting stories in a humorous manner. Spanning over 352 pages, you will read the great work of Henry Beard, Lewis Grizzard, and P.J. O’Rourke, to name a few.

This book is a great, relaxing, and humorous read after a long and busy day. You may find the work of some of your favorite writers in this book, leaving you wanting for more. The book is available in paperback for $10,

This book is a collection of many good tales including three classic stories – The Fisherman and His Wife; A Fishing Excursion; and The Fatal Success.

The Fisherman and His Wife was first published in 1815. A Fishing Excursion is by a French writer Guy de Maupassant and was published in the mid of the 19th century. The third story The Fatal Success is written by Henry Van Dyke and focused on those times of 1899.

Apart from the classic tales, you can find the works of some favorite 20th century and contemporary writers including Stephen Kind, E. Annie Proulx, Stephen Vincent Benet, John Taintor Foote, P. J. O’Rourke, Philip Wylie, and Robert Traver, to many a few. The book is available in hardcover for $17.50 and paperback for $18.95.

The Best of Zane Grey, Outdoorsman: Hunting and Fishing Tales 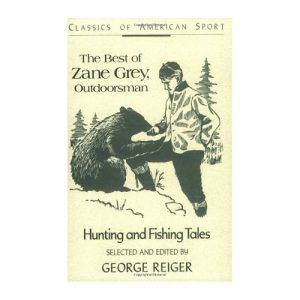 Author Pearl Zane Grey was an American dentist and adventure author and produces some of the best selling masterpieces of his time. This book features some of the great work of Zane Grey where he recaptured his wild excursions in a beautifully detailed description of tales – as if you are with the writing on his hunting and fishing expeditions.

This book is a great read for all the literature buffs and outdoor enthusiasts. It is available in paperback for $39.15 and at Kindle for $10.65.

Salmon Fishing in the Yemen 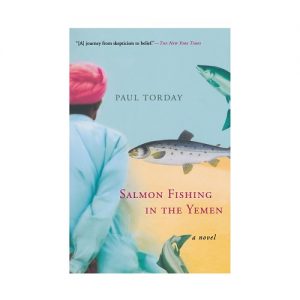 Paul Torday comes up with his masterpiece and the UK’s bestseller – Salmon Fishing in the Yemen. The book is about the fine line between possible and impossible, and what it takes to make the impossible possible – or, can we make the impossible possible? May be yes, maybe no – at least Dr. Alfred Jones was not certain in this novel where Jones left everything he had and went on to another man’s dream – salmon fishing in Yemen!

With science going against his way and showing no evidence of salmon fishing in Yemen, can he defy the odds and prove that everything is possible if only you believe? Even something as bizarre as salmon fishing in Yemen? To find out the answer, get your Kindle edition for $10.99, hardcover for $16.30, paperback for $14.95, and audio CD for $42.99.

A River Runs through It and Other Stories 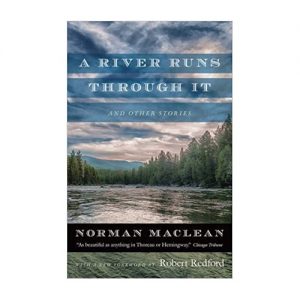 This beautiful book by Norman Maclean is humorous, logical, and emotional. You do not have to know fishing to love this book. Even if you have no idea about this sport, you will find the story compelling and captivating, and you won’t be able to put your book down once you start reading it. It is about the author’s father, mother, and brother Paul who lived close to the river. 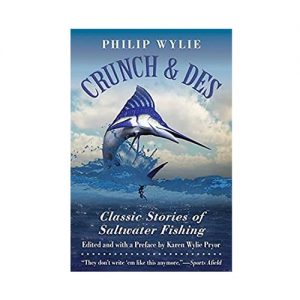 The stories in this book are about Captain Crunch Adams who is the captain of the boat Poseidon, and his partner and friend Des Smith who go on multiple marine adventures. The book is a collection of 22 of the best Crunch and Des adventures. Some of the stories include Light Tackle, The Way of All Fish, Widow Voyage, Fifty-Four, Forty and Fight, Smuggler’s Cove, and The Affair of the Ardent Amazon – to name a few.

The Fishermen: A Novel 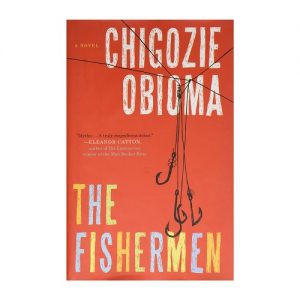 You will find this novel unforgettable, to say the least. Authored by Nigerian writer Chigozie Obioma, the novel has won many awards and has been nominated in dozens more.

The story is about a 9-year-old boy, Benjamin, who was the youngest of four brothers and lived in a small town named Akure in Nigeria. His father had to travel for work to another city, and the four brothers though this was the best time to skip school and go fishing. But this great idea soon backfired when they went to the forbidden river for fishing and met a madman who convinced the eldest brother that he was destined to be killed by his brothers. What happens next, you have to read to find out.

So, what are you waiting for? Get these best fishing novels and finish them off. Once you pick up one, you are not going to put it down until you have finished it!

link to Which are the Best Fishing Books for Kids?

Kids have inquisitive little minds who love to discover nature. Kids also love to fish, so if you introduce it as a hobby when they are young, it not only develops a great bond between you and your...

Whether you are learning about the patient yet rewarding act of fishing, or you proudly call yourself a fisherman among peers – you must have stumbled across a fishing book that you might want to...

We at BestFishingBooks.com have been passionate about fishing ever since our childhood. This was our motivation to start this site, and provide readers with the information about the best fishing related books.

BestFishingBooks.com is a participant in the Amazon Services LLC Associates Program, an affiliate advertising program designed to provide a means for sites to earn advertising fees by advertising and linking to Amazon.com.